NTT Research, Inc. announced that the Physics of Quantum Electronics (PQE) Conference has named Yoshihisa Yamamoto, NTT Research Physics & Informatics (PHI) Lab Director and Emeritus Professor of Applied Physics and Electrical Engineering at Stanford University, one of the three winners of the Willis E. Lamb Award for Laser Science and Quantum Optics. The award was presented on January 12 at the PQE-2022 Winter Colloquium in Snowbird, Utah.

The PQE Winter Colloquium attracts researchers in laser physics and quantum electronics from around the world. It has presented the Lamb Award every year since 1998 (except for 2021). The award is named for Willis E. Lamb, a laser scientist who won the Nobel Prize in physics in 1955 for his experimental work on the fine structure of the hydrogen spectrum and discovery of a phenomenon that came to be called the Lamb shift, a small difference between two energy levels of the hydrogen atom. Lamb was a Professor at the University of Arizona College of Optical Sciences. The PQE honored Dr. Yamamoto for his work in quantum optics and quantum information processing. The author or co-author of more than 500 papers, Dr. Yamamoto has led research laboratories in his field for more than three decades, most recently at the NTT Research PHI Lab, which is taking an approach to quantum computing research based on quantum oscillators and neural network architecture. The other two winners of this year’s Lamb Award were Dana Z. Anderson and Ren Bao Liu. The PQE recognized Dr. Anderson, a Professor in the Departments of Physics and Electrical and Computer Engineering at the University of Colorado and CTO of ColdQuanta, for pioneering contributions to atomtronics. It recognized Dr. Liu, a Professor in the Department of Physics at the Chinese University of Hong Kong, for seminal contributions to spin decoherence and quantum sensing. 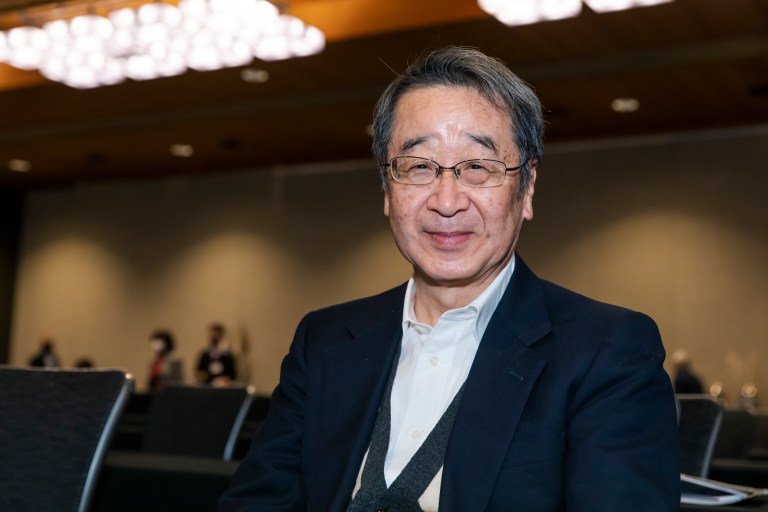