Exploring a New Frontier and 2021 Goals: A Conversation with Yoshihisa Yamamoto 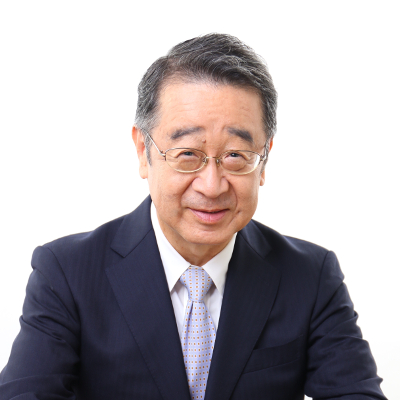 Based on the list at this Stanford University website, which lacks your most recent work, you have authored or co-authored nearly 500 papers. Do you have any favorites? Which do think have been the most consequential?

The experimental reports on generation and detection of “indistinguishable” single electrons and single photons are my favorite papers, which were published in Nature in 1998 and 2002, respectively. (See “Quantum interference in electron collision,” R. C. Liu, B. Odom, Y. Yamamoto, and S. Tarucha, Nature 391, 263-265, January 1998; and “Indistinguishable photons from a single-photon device,” C. Santori, D. Fattal, J. Vučković, G. S. Solomon, and Y. Yamamoto, Nature 419, 594-597, October 2002). Those experimental papers confirmed rather directly the symmetrization and anti-symmetrization postulates of quantum mechanics, which are the basic assumptions for quantum statistics of bosons and fermions.

In this recent video, you mention the “spirit of Bell Labs.” How would you compare NTT Research with any other industrial laboratory? Is your “Open Lab” strategy one difference?

I think “Open Lab” is a unique concept among present industrial laboratories. Our primary mission is to train next-generation students and scientists together with professors in academia rather than showcasing a particular technology or promoting the company brand of NTT. This “Open Lab” strategy also provides our team with opportunities to further collaborate with academic institutions by exchanging ideas, utilizing additional resources and tapping into a wide-range of expertise.

When and why did you first begin to look at neuroscience as a field that is relevant to research into quantum information systems?

When I read the Physical Review Letters (PRL), June 2015 article titled, “Can There Be a Physics of the Brain?”, by J. Beggs, I was convinced that there was a new frontier to explore.

How is the PHI Lab’s quantum computing and CIM research agenda different from other research being conducted in the market on these topics?

Mainstream quantum computing research is based on qubits (spin − 1/2 particles) and a circuit model architecture, while our approach is based on quantum oscillators and neural network architecture. Instead of using the unitary evolution for pure states, we will employ the quantum-classical transition in open-dissipative systems as a computational process, which is precisely how the brain works.

What are your 2021 goals for the PHI Lab, both internally and with your research partners?

An important mission of the PHI Lab is to make our first cyber-CIM available for our research partners, which hopefully accelerates finding new application algorithms in joint research projects.