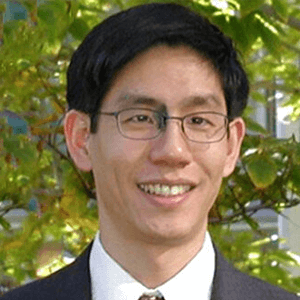 A quantum simulation that can determine molecular properties enables the advancement of technologies like quantum computers and aids in the progress of quantum chemistry and quantum physics. However, major complications in the form of cost and time arise from undertaking these calculations, given current methods and computing power.

“This problem is as hard as the hardest quantum computation,” said Dr. Isaac Chuang, MIT faculty member in Electrical Engineering, Computer Science, and Physics, during a presentation at the NTT Research Summit Upgrade 2020 last September.

Classical simulations scale exponentially, which means that as the scale increases, the calculations quickly become unruly. With a quantum computer, however, it’s possible to scale polynomially. “This would be a significant advantage if realizable,” Dr. Chuang says.

Mathematically, the physical world can be described using Hamiltonians (H) as a means of expressing the total energy of a system – which is always conserved. Using the Lie Product Formula, Hamiltonians can be summed in small, incremental time steps. However, this method applies only to lattice Hamiltonians, where space is discretized but time is not. To include increments of time T, Dr. Chuang references the work by Andrew M. Childs, which suggests using a concept called a “quantum walk.” Such a walk transforms the increments into a single superposition of two possible paths; right or left.

“This comes close, but it still has this transcendental function of H, instead of just simply H,” Dr. Chuang says. “The scaling here is a multiplicative product, rather than an additive one.”

He presents the findings of a 2019 paper entitled “Quantum singular value transform theorem,” by Gilyen, Su, Low, and Wiebe, as a clever means of solving the multiplicative issue. “An interesting insight into the dynamics of a qubit, the simplest component of a quantum computer, provides a way to improve upon this,” he says.

Given that qubit gates correspond to rotation about an axis, it’s possible that by using their rotational formulas, one may find angles that can be used to produce a desired polynomial. Thus by qubitizing Childs’ quantum walk, “…it turns out that one obtains a polynomial transform of H itself.” Dr. Chuang provides specific details of the steps of this process with the caveat that the solution is still quite theoretical.

Progressing quantum simulations require increasing the efficiency of current hardware. Traditionally, quantum computers use a circuit model, with quantum circuits acting on qubits. Dr. Chuang considers a contrasting concept by way of the Frank-Condon problem in quantum chemistry, which concerns the transition probability between two vibrational modes of a molecule. “A natural quantum computer to use might be one which already has harmonic oscillators, rather than one that has just qubits,” he says. This Bosonic Quantum Processor contains both qubits and harmonic oscillators in the superconducting circuit.

Dr. Chuang discusses evidence for these arguments with a hardware experiment by Yale researchers Gao, Lester, et. al.. The experimental data from the device illustrated the vibronic spectra of a water molecule, showcasing an alignment in the spectrum of expected oscillations with measured oscillations. If this experiment was done only with hardware containing qubit gates, the number of gates required would be astronomical.

“This approach represents a far more efficient utilization of hardware resources compared with the standard qubit model, because of the natural match of the resonators with the physical system being simulated,” Dr. Chuang explains. He concludes by presenting the problem of taking this a step further and creating hardware capable of processing the optimal quantum simulation discussed above, noting “The future holds some interesting challenges for this field.”

For the full transcript of Isaac Chuang’s presentation, click here.