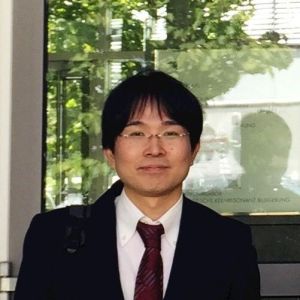 Toward Implantable Electrodes: A Miniaturized System for Cell Handling and Analysis

Wearable electrodes are becoming more common, to continuously monitor vital data such as heart rates, ECG and EMG waveforms for rapid diagnosis and early stage treatment of diseases. But the rigid metals and metal-plated fibers these electrodes are typically made of have some issues that researchers are hoping to address by developing smaller, more flexible electrodes that can actually be implanted inside the human body, directly on the organ to be monitored.

Dr. Tetsuhiko Teshima, a Research Scientist with the NTT Research MEI Lab, gave a talk on his research at Update 2020, the virtual NTT Research Summit.

Current forms of electrodes lack flexibility and biocompatibilities, which results in excess noise and data distortion. With long-term use, they can also cause allergic reactions such as rashes and itching in patients.

His research is focused on developing implantable electrodes that attach to tissues and organs, increasing the variety of vital data that doctors can collect. The electrodes may also be used as surgical tools, Dr. Teshima said, such as to control CRT pacing.

The challenge is developing materials that are:

In his talk, Dr. Teshima explained the evolution of his work. First, he created a soft, flexible flat electrode using materials including PEDOT-PSS, which is a conductive polymer, and a cell-friendly silk fibroin protein. The result was a conductive film that could be processed into a tiny shape and would adhere to the surface of a cell.

But the film was two dimensional, not three. To achieve that, he experimented with replacing the PEDOT-PSS polymer with different polymers, including parylene-C. That produced a rectangular patter than “spontaneously transfer into cylindrical shapes,” he said. The cylinders were conducive to incubating cells until they reconstitute self-beating, fiber-shaped muscle tissues.

“These reconstituted tissues can be manipulated like building blocks by picking up and dissolving them using glass capillaries,” Dr. Teshima said.

Having achieved the 3D shape, as a final step he replaced the silk fibroin with graphene, an electrode material that consists of only a single layer of a carbon atom – meaning it’s extremely thin.

“By simply transferring the single carbon atom layer to the parylene surface, we achieved the self-assembly of 3D transparent electrodes,” he said. He next cultured neurons until they exhibit cell-to-cell contact with tissue-like structures, demonstrating the biocompatibility of the graphene electrodes with human tissues.

Dr. Teshima acknowledged more work needs to be done before these electrodes are ready for use. His plan is to continue working on creating new bio-electrodes, working with experts in electrochemistry, electrical engineering and data science at NTT Research and Technical University of Munich (TUM) School of Bioengineering.

For the full transcript of Tetsuhiko Teshima’s presentation, click here.