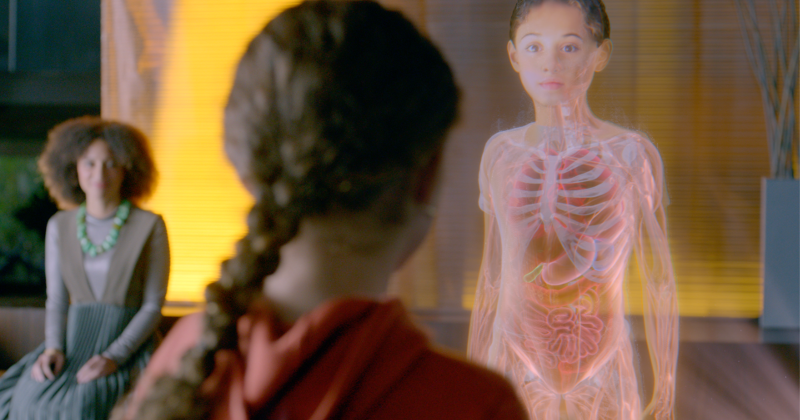 Silicon Valley-Based R&D Organization Releases ‘Upgrade Reality,’ Snapshots of How Technology and Scientific Discovery Have and Will Benefit Humanity

Palo Alto, Calif. – April 28, 2020 – NTT Research, Inc., a division of NTT (TYO:9432), today announced that it has released a short film that conveys the organization’s far-reaching aspirations. Directed by two-time Academy Award winning cinematographer, Janusz Kaminski, and produced by Independent Media, a commercial, branded content production company, the film looks back at key discoveries that altered humanity and provides flashes of what may be on the horizon, including in areas that NTT Research teams are currently exploring. The introductory two-minute film delivers an inspiring, uplifting and hopeful message of the potential for science and technology to promote positive change for humankind.

Creative development for this project began in September 2019, only a few months after NTT Research had officially opened. Pre-production and creative research lasted from December until mid-January, when NTT Research awarded film production to Independent Media and the director’s role to Janusz Kaminski, a two-time Academy Award winner for Best Cinematography (Schindler’s List and Saving Private Ryan) and long-time cinematographer with filmmaker Steven Spielberg. Kaminski’s vision, capability and experience were well suited to conveying NTT Research’s goals through the lens of history. NTT Research also enlisted The Mill LA, an award-winning visual effects (VFX) studio; editor Paul Martinez and his team at Arcade; and an original score by prolific film and concert composer Alex Weston (Big Branch Music). Filming was completed on February 7 and post-production was finalized at the end of March.

“Our aim at NTT Research – and the title of this short film – is to ‘Upgrade Reality,’ but what that means is hard to explain,” said Kazuhiro Gomi, NTT Research President and CEO. “Because the three labs at NTT Research include world-class scientists and researchers who are collaborating with other global leaders in their fields, we thought it only appropriate to enlist some of the world’s best visual storytellers to depict discoveries and inventions from the past that inspire our own, ongoing efforts to conduct pathbreaking research.”

To tell the story of what NTT Research aims to achieve in areas as abstract and complex as next-generation cryptography, quantum information systems and medical and health informatics, the creative team steered clear of stock footage of technology and science. Instead they chose specific scientific milestones in history that succeeded in such a way as to result in paradigm shifts. The film opens with a depiction of the English physician Edward Jenner (1749–1823) who pioneered immunization and was a key developer of a vaccine for the deadly smallpox virus. Then the film turns to the Wright brothers, both as boys and as the adults who later achieved heavier-than-air flight in 1903. A seamless transition takes viewers to the late 1960s, when electronic collaboration between a handful of universities (UCLA and Stanford) led to the first message being transmitted over a fledgling internet. The film closes with a scenario involving a female doctor examining a patient through a biological digital twin, which is both speculative but also a model that NTT Research medical and computer scientists deem possible.

“It was a pleasure tackling the narrative and creating these historically distinct sequences, and I hope this film also helps keep us all from taking progress too much for granted,” shared Kaminski.

The primary goal of NTT Research is basic research, rather than any marketable business or service. The typical venues for discussing the work of NTT Research scientists are highly technical academic journals. Nonetheless, the organization hopes to create additional videos going forward, if not necessarily on the same scale as ‘Upgrade Reality.’ The goal would be to focus on specific research, while making the topics engaging and relatable to a wider audience. While practical applications may lag behind by a period of years, NTT Research believes that its multi-pronged and focused initiatives will generate unique contributions to science and technology, leading over time to innovations that improve humankind.

NTT Research opened its Palo Alto offices in July 2019 as a new Silicon Valley startup to conduct basic research and advance technologies that promote positive change for humankind. Currently, three labs are housed at NTT Research: the Physics and Informatics (PHI) Lab, the Cryptography and Information Security (CIS) Lab, and the Medical and Health Informatics (MEI) Lab. The organization aims to upgrade reality in three areas: 1) quantum information, neuro-science and photonics; 2) cryptographic and information security; and 3) medical and health informatics. NTT Research is part of NTT, a global technology and business solutions provider with an annual R&D budget of $3.6 billion.