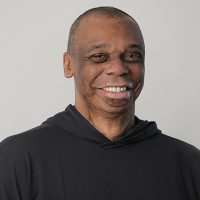 Imagine you’ve got heart trouble but instead of going to a doctor every few months for a checkup, your condition is constantly monitored through a series of smart sensors. Any required therapeutics are delivered through smart robotics, actuators and nanotechnology devices – no doctor visit required. That’s the vision Dr. Joe Alexander of NTT Research painted during his talk at Upgrade 2020, the recent NTT Research Summit. Dr. Alexander, who works in the NTT Research Medical and Health Informatics (MEI) lab, was describing the concept of a cardiovascular bio digital twin.

Digital twin technology is a fairly recent development in information technology (IT) circles. The idea is to create in software a digital representation of something from the physical world. You can then perform “what-if” scenarios on the digital twin to see what would happen under various scenarios and to make predictions on various outcomes given different parameters.

For example, Dr. Alexander noted digital twin technology is used in the commercial aviation industry, mostly for predictive maintenance. A digital twin “aims to merge the real and the virtual world,” he said. “It enables one to design, simulate, and verify products digitally, including mechanics and multi-physics.”

In the airline example, a digital twin enables the integration of complex systems and real-time monitoring of the health and structure of plane parts. This constant stream of health data, combined with artificial intelligence, gives way to predictive maintenance, enabling an airline to detect when a given part or system is in need of service.

The goal of his work in the MEI Lab is to apply this concept to healthcare. “We’re aiming for precision medicine and predictive health maintenance,” he said.

While he ultimately intends to create bio digital twins of multiple organ systems and the diseases affecting them, the initial target is the cardiovascular system. Specifically, his work addresses what he said are the two most common forms of heart failure, ischemic and hypertensive.

Targeting heart failure will force researchers on his team to incorporate biological mechanisms common to many other cardiovascular diseases, Dr. Alexander said. “And two, heart failure is an area of significant unmet medical need, especially given the world’s aging population.”

The risk of heart failure increases with age and it’s estimated that 1% to 5% of the general population suffers from it. Heart failure is a common cause of hospitalization and can be difficult to diagnose, with between one-third and one-half of patients diagnosed with it demonstrating a normal ejection fraction (EF), he said. EF is a measurement of how much blood the left ventricle (the heart’s main pumping chamber) pumps with each beat.

Dr. Alexander’s plan for creating the bio digital twins is to develop three computational platforms over a 5-year period:

While physicians would be involved in the beginning, the ultimate goal is a completely autonomous bio digital twin-driven therapeutics system.

As for the timeframe, Dr. Alexander said the goal is to test in animals by the year 2030.

For the full transcript of Joe Alexander’s presentation, click here.